Is your glass half empty or half full? 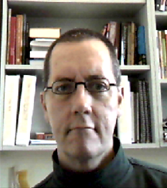 Vince Cyboran is a professor in the graduate program in Training and Development of Roosevelt University.

Having been asked this seemingly innocuous — but heavily coded — question several times over the years at employee workshops, I’ve developed a standard response: “You have a glass?” This generally stops the conversation.

At one organization in which upper management realized that low-employee morale was rampant (after three years without staff raises, hefty annual increases in health insurance contributions, etc.), an outside consultant was brought in to conduct a mandatory, full-day workshop. After a rather long self-introduction, he proceeded to walk around the room, pointing directly at random people, and pointedly asking: “What could you being do better?” We then formed small groups to make lists of ways in which each of us—through personal improvement (that means, at no cost to the organization)—could better contribute to the bottom-line of the organization. I left midway through the list-making process, returning my free copy of the book authored by the consultant on the way out, and mumbling that I was coming down with something. Luckily, there is always “something going around.”

Before engaging expensive outside consultants, sending out another employee survey, or painting the walls in motivational tones, it’s a good idea to take an inexpensive but enlightening look at what’s happening inside of your organization, albeit at a high level. One way to do this is to examine your environment through the lens provided by Frederick Herzberg.

Based on his workplace research, Herzberg introduced the Hygiene-Motivation—or Two-Factor–Model of Workplace Motivation in his 1959 book The Motivation to Work. Herzberg identified two sets of factors that could lead either to dissatisfaction or to satisfaction at work. The following table contains lists of the two sets.

Figure based upon that of NetMBA:  Business Knowledge Center.

Hygiene factors don’t motivate employees.  For example, employees don’t generally accept jobs based on the variety of coffees offered in the break rooms or the cleanliness of the restrooms.  However, hygiene factors must be viewed as at least acceptable by employees, or dissatisfaction will set in. Keeping both sets of lists in mind and adjusting items as necessary is required to create a healthy workplace in which employees can thrive. The goal is to achieve both high hygiene and high satisfaction.

To increase employee motivation, Herzberg recommends techniques such as job enrichment and job rotation. Both of these techniques touch upon multiple motivational factors.

Because the model was introduced so long ago, much of what Herzberg discovered is now taken for granted. Most of us have heard formally or informally that salary doesn’t truly motivate employees. Unfortunately, it is the detailed distinction of dissatisfiers vs. satisfiers that has often been forgotten in favor of newer models. Much like the ADDIE instructional design model, the Two-Factor Model itself does not—for some critics–provide enough detailed guidance on how to achieve the proper balance of factors in the workplace. That’s what the newer models are for.

What workplace experiences have you had that address either ‘hygiene’ or ‘motivation’ factors? Were the initiatives successful?